These days the beginning of the new year often sees us thinking/discussing how to spend our time, will we try several mini breaks of a week here and there or stick to our couple of months away in the winter?  Yes I know, first world problems 😊

At the moment a week in Mildura later this month is on the cards and all being well we’ll once again do the four day drive up to Bowen to enjoy the winter sun.   Anyway all this ‘holiday chat’ brought back memories and had us laughing and reminiscing about a trip we made a long time ago – well over 25yrs in fact.

A little bit of background:-  Quite a few years ago I used to contribute  posts to a now defunct website – one of those ‘follow the prompts and tell us a tale’ sort of things.  My mind seems to have gone to pot these days and there are times when I find it hard to string two words together but it was fun while it lasted.

It’ll be fun, they said.

‘They’ being friends who wanted to go but not on their own and now were suggesting a very long drive. Two couples together for a few weeks – it’ll be fun.

I’d grown accustomed to the idea and was planning likewise, we’d all use their car and they would do most of the driving.

Then they pulled out; we could all do it another time they said, but our leave was arranged and we needed a break.

We’ll do it ourselves he said, but we only have a six cylinder sedan not a 4wheel drive.  Don’t worry he said, most roads are sealed these days.

What about petrol and water, no worries he said, roadhouses and homesteads about every 200kms, fill up car and us there. Have cans boxes esky in the car and carry spare fuel, food and water.

So off we went, us who’d never been further than Adelaide or Sydney (and we thought they were a long drive away) we were going to be more than a month away from home by ourselves, heading north to the Territory.

Took the easy way to begin, a quick drive to Adelaide,  put the car and us on that fabulous train The Ghan to The Alice (which is as far as it went in those days)and then began The Long Drive – Up the Track – Alice Springs to Darwin (on a highway with no maximum speed limit at the time) and then lots of other points along the road on the way down again.

We tented, we on site caravaned, we moteled, we cabined, slept in rooms tunnelled into the ground and I even got one day and a night (my ‘big’ birthday) in a flash very expensive hotel at Uluru where I was able to lounge in a bath for the first time in four weeks.

We sat for long hours in the car between places, saw nobody on the road for hours, waved at passing motorists when we did see them, took turns at driving, listened to many books on tape, stretched and ran about when we stopped, saw wildlife galore, viewed paintings on rocks by people who were in those places so many years before us, climbed that big thing in the middle of the country (that’s what you did then), were wary of road trains,  watched beautiful sunrises and even more fabulous sunsets and experienced so many other things in a part of Australia I knew existed but never thought I’d see.

Came home exhausted but so fulfilled and wanting to do it again.

Can’t remember the exact length of the drive – it was a Very Very Long Drive. 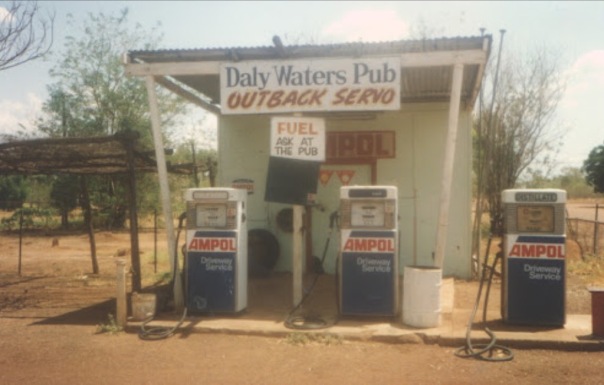 .or be scared s………..less by things like this roaring up the highway behind you

One for some reason we’ve never repeated. 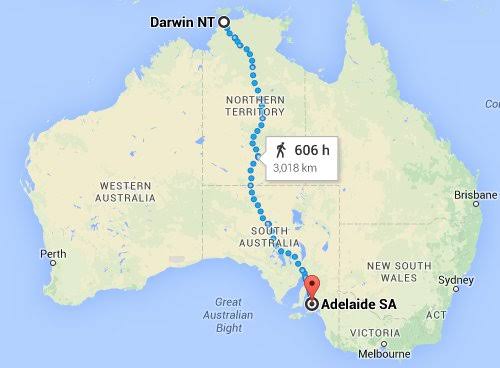 How about you? Have you ever repeated ‘special’ events?  How did it go?

9 thoughts on “The first of many”