Time has passed quite quickly recently…..here we are in the third week of December…….not much left of 2019 to get through.

Get through being the optimal words as my back complaint with its associated leg problems has become evident again ( lumbar spinal stenosis )  .   All of which unfortunately limits my walking (which makes it worse) so consequently I’ve not done half the things I’d planned.  I have however read a couple of good books plus knit two baby cardigans…..and watched a fair bit of cricket.

The GP agreed with me that part of the problem really is because I haven’t been doing any regular exercise since we came back from Bowen  I cancelled my gym membership before we left (not a contract one) meaning to reinstate it and my latest swimmimg pass had been used up, both of which I’ve just haven’t got round to renewing.  I have been doing some  physio recommended ‘simple’ exercises at home as well as using some light weight  dumbbells but they obviously aren’t enough.  What’s needed is a more structured method- one where I can’t stop and make a cup of tea when the going gets tough – well, I can stop, for a while – but it’s a bit awkward going to the attached cafes for a cup of tea when you’re all sweaty or dripping wet – and then making your way back to start all over again.  Best get it over and done with, then enjoy the tea when I get home 😊

Do you remember my dear friend who died recently ‘gifted’ her stash of wool to her friends and family.   Well the yarn knit up beautifully but was such a non descript, rather plain bland colour I had to put a pattern on each of them so they didn’t look flat and uninteresting.  You’ll find the previous two towards the end of this post, so all done now  and these two along with anymore I knit in the meantime will go off to the charity later in the new year. 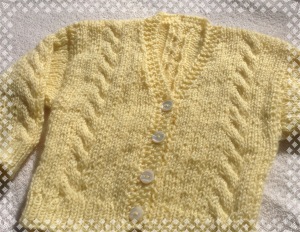 And of course I read more than two books….these were the two from a pile of random library picks that stood out from the rest 😊

“In the summer of 1915, the sudden death of a young girl brings grief and notoriety to Charleston Farmhouse on the Sussex Downs. Years later, Josephine Tey returns to the same house–now much changed–and remembers the two women with whom she once lodged as a young teacher during the Great War. As past and present collide, with murders decades apart, Josephine is forced to face the possibility that the scandal which threatened to destroy those women’s lives hid a much darker secret”

A cast of almost all female characters, set in various ‘times’ with the murder as the central focus of the book.   It covered attitudes toward women and their roles, very early women’s lib, developing female ‘friendships’ –  both open and covert – and how they were seen by society.  Lots of twists and turns with a surprise last chapter that tied in with the first one.  The only flaw for me was the jumping from decade to decade (sections set in different times) which I lost track of with having the same characters turning up each time.  Having to turn back to the front page of each ‘part’ to remember which year I was in was a bit of a nuisance.

“Libby and James Hall can’t believe their luck when the leaflet comes through the door. Swapping their tiny city flat for a beautiful house by the sea? Who would say no? But once they arrive at The Hideaway Libby starts to get jittery and increasingly paranoid. She is sure that someone is watching them. Something here isn’t right. And when she suspects their lives to be in danger they swiftly decide to return to Bath. But they can’t pick up their old life so easily. Because this isn’t just a casual house swap. This is something much, much more sinister.”

This one started out quite slowly (almost like the holiday it was supposed to be) then it changed.  Very subtly it became more of a mystery (touted as a psychological thriller) with a murder thrown in for good luck  Twists and turns as the story moves on – secrets are revealed- previous lives and deeds come into play    You never know what’s going to happen with each page turn.   Definitely recommended.