The aim of our winter trips to Bowen is to relax and enjoy life in a climate that is definitely warmer than at home.  Whilst there’s enough linen crockery cutlery and cooking utensils in the self contained cabin to keep things running smoothly for day to day living we usually pack a couple of plastic storage boxes in the boot using them to take some of our own bits and pieces along for convenience.  Taking a vegetable peeler and tin opener might seem strange but one year the ones in the cabin were ‘wonky’, some microwave cookware and a couple of sharp knives go in as well. 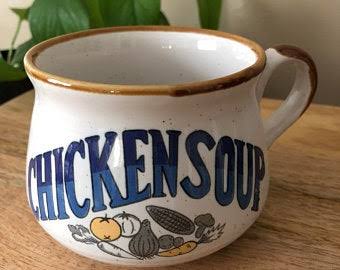 that I’ve taken up with us.

We’ve had them for years – yes they’re vintage in some people’s minds – they get used when we’re on our own – and also on the road where they’ve come in handy more than once (as coffee mugs and cereal bowls in motels when I haven’t fancied the look of their crockery) They keep ‘food’ warmer than open bowls for a start and I’m not inclined to spill things down the front of me …..don’t ask😊

Anyway to cut a long story short I forgot to pack them this year, couldn’t find anything similar or any really really large mugs in the local op shops and was feeling quite annoyed with myself when The Golfer pointed out something being sold in Safeway.

Continental had a ‘special’ with their packets of soup mixes.  Buy a couple of packets @ $1 each and you get a mug….free.  I’m not saying we ‘don’t’ drink packet soup…we just don’t drink a lot of it…..but I use it sometimes for other things.   So $4 later 2 special mugs made their way back to the cabin.  Where they were used…..  Eventually coming back home with us, promptly being put in the mug drawer and forgotten about 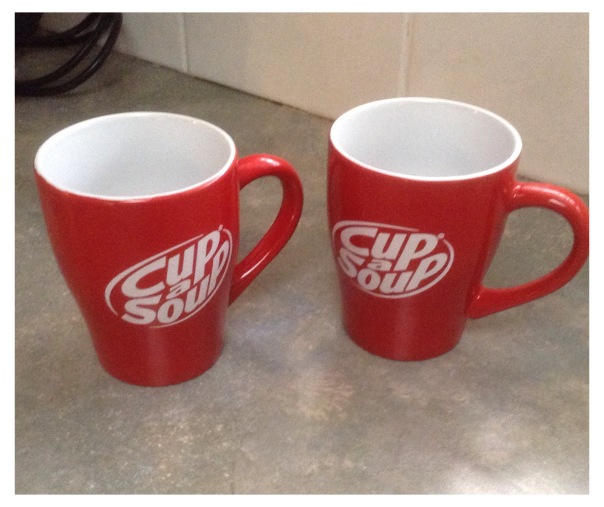 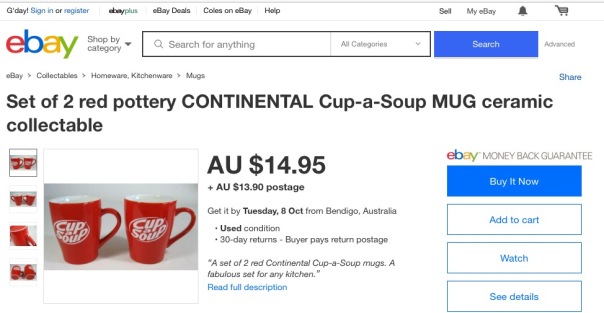 Some may call them Collectables – I’m not so sure

But then people collect all sorts of weird and wonderful things

What I am sure about though, is that someone’s out to make (and collect) some money …….only it looks like they’re not doing too well at it.  Unless they bought up stock when the campaign finished, they seem to be having a hard time getting rid of them  These ads were still there yesterday – same dealer, different ‘get by’ date.

I haven’t decided what I’m going to do with ours……keep them or give them to the op shop.  Or maybe try to make some money on them. Cup a soup mugs anyone??