Yes I know not great english but my interpretation would be ‘when you’re left with lemons…..make lemonade!’

Although in this case I chose to pick up the ‘lemons’

The little Butternut pumpkin is the one I choose for winter soups. It’s usually nicely sized …..and I can cut (and peel) it easily.  I know other pumpkins can be used but half the time I can’t even pick them up let alone cut the skin off (and I don’t like the taste when they’ve been in the oven) so it’s the Butternut for me. 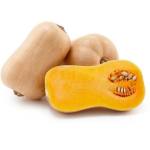 The cost of fruit and vegatables fluctuates greatly with seasons and once again, in what seems to be an annual trend, because of previous weather events we had been warned of price rises.  At the moment,  Butternuts…in my mind…. have an exhorbitant price attached to them so as I’m going to be peeling and seeding (in other words tossing some of it) I’ve been loathe to buy them.

Carrots on the other hand seem to be really cheap.  Carrots are a staple in our house…..no matter what time of the year there’s always some in the fridge.  In summer they are grated or thinly sliced julienne style with salads – in winter, well you name it they turn up in just about everything cooked in our kitchen

Oh look at that, said Catherine when she saw an enormous 5kg bag of carrots going for $2.

And how long do you think it’ll take you to use all of them said The Golfer!

These days with there only being the two of us I usually don’t buy fruit and veg in bulk ……..unless I know we use it regularly, it will last or I have something special in mind but also…. because He with the long elephantine memory will always remind me of the times he’s discovered things in the fridge I’ve forgotten I’ve even bought!

So with those words having been spoken (and knowing The Golfer, who doesn’t usually come grocery shopping with me, would object to backtracking through the shop to pick them up later) I had to do a bit of quick thinking.  How many casseroles did I have in mind to make during the next week?  Soup??  Usually made with other root vegetables.  What do I have in the fridge at home?  Oh blow it, pick them up.  They’ll keep out in the freezing cold garage!

Broccoli or as known to some of our grandchildren in their very young days as green forest… as opposed to white forest…which was the name for cauliflower 😊 is another veg we use a lot of. It’s usually sold by weight and I find it ‘fun’ to watch shoppers choosing their broccoli – some just pick up a piece and carry on while others turn the pieces over and over to find those with the thinnest stems because they will be throwing that part away and don’t want to pay for something they won’t be eating.

Lately the stems, you know the bit in the middle where the little stalks and the green flowery bits grow from, have been really thick.  Occasionally I’ll put them in with other bits if I’m making vegetable stock but last week it seemed like most of the weight was in the stems so after slicing and dicing them those pieces went into a chicken and veg soup.

Now that did turn out good – economical, what’s in the cupboard style, certainly not glossy cook book style.  As well as a small sliced raw chicken breast it included onions, the last of a packet of frozen mixed veg, also same of frozen peas and corn, some McKenzie’s dried soup mix, potatoes, broccoli stems, potato stock from the freezer mixed with chicken stock powder plus  several carrots.   After cooking I gave it a little whizz with Bamix using the chopping blade to ‘break up and circulate’ the chicken lol

Top shelf of freezer holds several tubs of Carrot Soup,…….. a fairly basic recipe, except I added some curry powder when I fried the onions and garlic to give it a bit of oomph…..plus  one remaining tub of the Chicken and Veg – well it was cold and that’s all there was left after having it for dinner two nights in row.

But then it’s Monday, the day I sit here thinking and chattering about anything and everything.

So tell me, what did ‘you’ have for dinner last week ??