So the baby came to visit. 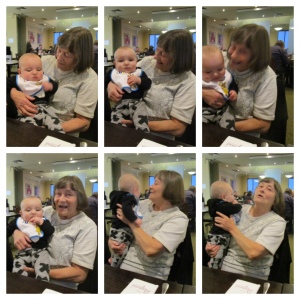 ‘Why do people treat babies and children like new toys’

This hard hearted at times but biggest softie most of the time man rightly or wrongly holds the opinion that children won’t get anywhere in life if they don’t learn to stand on their own two feet!

So once he had succumbed to the charms of his first Great Grandson it appeared he felt Bentley needed a bit of early help in learning that skill.

Educational play he called it lol 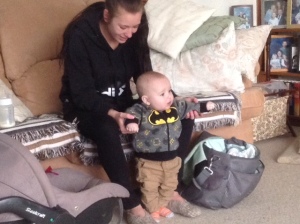 The sad thing is that this little lad might need that skill much earlier than most do because his mum and dad have decided to go their own ways.  Luckily they have lots of family and friend support in their own city as well as the baby talking eejits down here in Melbourne 😊😊

24 thoughts on “Learn to stand on their own two feet….”