I heard a song on the radio the other day that brought back a memory – something I remember being said about a family member.

‘She died from a broken heart’

These are some of my Mum’s family taken about 1940 during WW2.  An aunt, a brother in uniform, some cousins and their children  All hoping things will change and they can go on living the way they used to.  Of course we all know it was quite a few years before that happened. 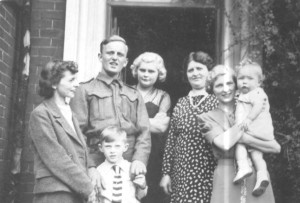 Mum’s cousin on the right (known to me as Aunty Lena) was married to a naval officer who was on submarines.  When he and all aboard were lost at sea in 1942 she became a young widow with a young child and did as all widows at that time had to do – put on a brave face and get on with it.  She died in 1951 aged 44.

Even though I was only 9 at the time I can clearly remember family saying:-

‘Never mind what the death certificate says, we all know she died from a broken heart’

As an aside, you occasionally hear of people dying not long after traumatic events (the loss of husbands/wives/partners or other family) and I have often wondered and maybe you have also if that could actually be true – not the dying but the broken heart bit 😊

Well, it seems there could be some truth in the saying after all.

This article popped up on a website I subscribe to – it and others I’ve discovered suggest it is possible in some cases to Die from a Broken Heart.  Fairly close to the trauma that is but it didn’t say it couldn’t happen or wasn’t possible 9yrs later.

It would be sentimentaly nice to think Aunty Lena died of a broken heart and not from complications after a bout of pneumonia.

What Musical Memories do you have on this Monday ? 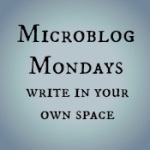