So we were out for an afternoon stroll in the beautiful streets of Cesme- one of the Turkish ports on our 2014 Black Sea cruise – and we see a crowd of people gathered near the castle laughing and taking photographs of something.

There’s ‘a man walking his lion’ up there someone said as they passed us by. ‘ You must go and see them’.

What, a lion, there in the street?  Surely not. 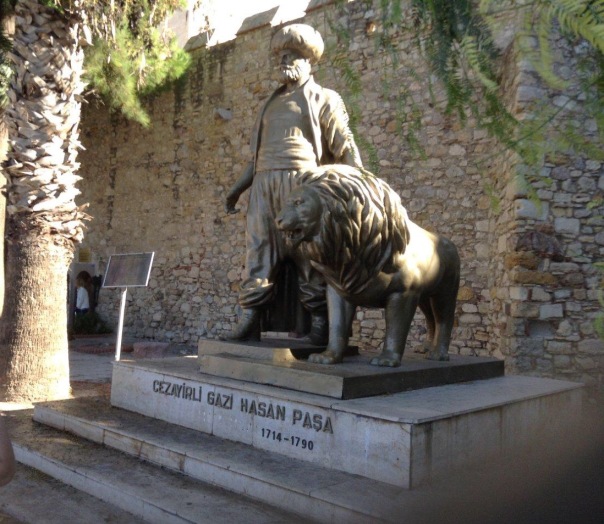 A very grand looking Ottoman sea captain, known to have been bought as a slave by a Turkish merchant, he had a long and chequered miltary career of battles lost and won.

Honestly, it’s amazing, you never know who you will meet when you are far away from home and set out for a little stroll on a sunny afternoon.

The monument was designed by Haluk Tezonar and erected in 1974