March has arrived and down here in Victoria which has a temperate climate, there is the thought (and knowledge) that even though we are still having some really nice sunny warm days gradually those days will get shorter and even though we won’t like it, become cooler 😦

It means that we are in a season I like to call it Sumtumn.
Summer days plus the changes that come along with Autumn
The autumn equinox will be along in a couple weeks
‘equal day and night’

On the day of the Autumn Equinox, the Earth’s poles are the same distance from the Sun. The Sun rises due east, sets due west and reaches 52° above the horizon at noon. There are roughly 12 hrs of day and 12 hrs of night.
source

And along with this promise of shorter days and cooler nights and a general slowing down, for some reason each year I often have a desperate need of a sugar fix.   Unfortunately this year there isn’t much in the sugar line available – there’s nothing sweet in the house – ‘cept me of course lol

So to keep my spirits up, and have my sugar fix at the same time I thought you’d like to hear this Fun Friday joke 😦

Why did the Jellybean go to school? 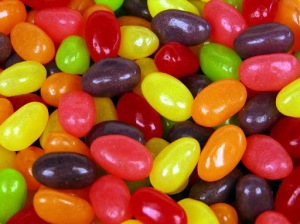 Because it wanted to be a Smartie ! 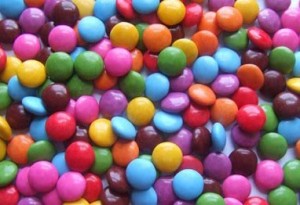 A few years ago Hilary Harper who used to be the presenter of the Saturday Morning show (on the old 3LO now referred to as 774 ABC Melbourne), asked children to ring in with their favourite joke.  That was one of them. 🙂

Makes me smile every time I think of it
Hope it did the same for you today.