Tuesday at Chooks
Whats that all about?
I hear you say!!

Over the recent years I’ve written now and again about our Tuesday evenings at the Folk Club in a neighbouring suburb.  Somehow or another there has been so much going on this year we haven’t managed to make the regular monthly Tuesday. A couple of weeks ago we did have a trip to the theatre to see ‘South Pacific’ but I am really missing live music.   Radio music programmes and recorded music sort of fills the gap but theres stil something missing so when my cousin told us he was planning to take us to a ‘Blues’ session held on a Tuesday night I was over the moon.

But let me explain – cousin lives in Perth but has a small acreage about 3 hours south at  Bridgetown.  A quiet and peaceful place where he is starting to ‘play farmer’.  They have built ‘his version of a bush shack’, he’s planted fruit trees and olives at the front and is planning to put vines in down the back as well.  Good for the blood pressure he says, they try to get down everyweekend when they can and hopefully will move there when he retires in a few years. 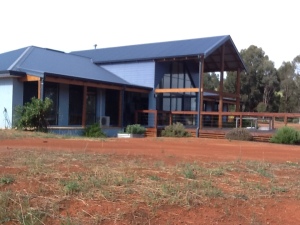 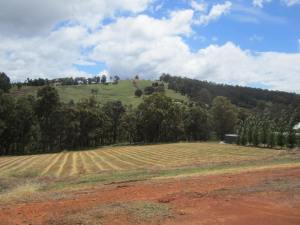 So we all drive down there Sunday morning (the day after the wedding) – and I use that word morning loosely remembering how late it was when we got to bed the night before lol  Not only does he play farmer but also amateur chef whilst he’s down there and always cooks one meal to prove he can do it.   Mind you he does hold the belief that a good chef needs a couple of things in the kitchen tho – one is a few bottles of wine and the other is a good assistant.  Luckily for us both were on hand!

Now as we were there on the first Tuesday in November we all sat down with a glass of bubbly and watched the big race – doesn’t do to miss ‘The Cup’ aka the Melbourne Cup even if it does occur at midday in Perth.  It was strange to watch the race and then go to the pub for lunch – quite the reverse to being at home when we settle down to watch the race at 3pm – always with a glass of bubbly in the hand.   None of us picked the winner even tho one of our sons mentioned it to his Dad and someone else had also been given it as a tip!

A little snooze after lunch meant we were all freshened up by 7pm in time to tootle down into ‘town’ to see where all the action was at.

A moody soft lit room at the back of the local Pizza House (where Denise lovingly ‘slaves away’ feeding the pizza oven lol) in Bridgetown is where you’ll find Chook aka Steve Keir and Duan Crozier together in a partnership called Chookfoot.
So did I feed my need – definitely!!

4 thoughts on “Tuesday at Chooks”