To the top of the  Kalkani Crater 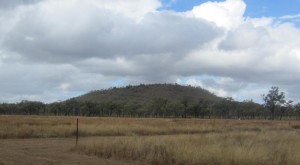 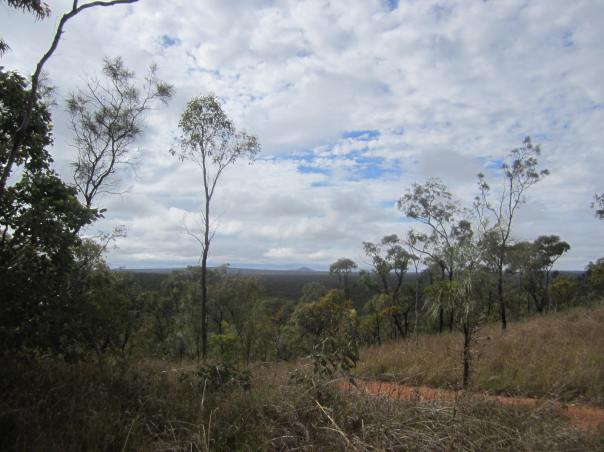 And there it was
I was lucky enought to see this beautiful brown spotted butterfly
sunning itself on some grass and definitely not bothered by the group of people walking by.

The Common Crow (Euploea core) is a glossy black butterfly with brown underside with white marks along the outer margins of the wing. The wingspan is about 8–9 cm and the body also has prominent white spots.

The Common Crow is distasteful due to chemicals extracted from the latex of the food plants consumed in their caterpillar stage.
Source: http://en.wikipedia.org/wiki/Euploea_core

There were plenty of them around 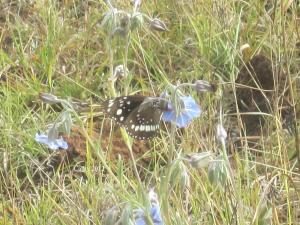 The adult butterflies only have four normal legs, as the first pair of legs is not fully developed
source: http://australianmuseum.net.au/Common-Crow-Butterfly

Don’t ask my why but I’m always surprised when I see the wild cousin of plants we have been used to and tend to think of as cultivated garden plants.
More often than not the ‘wild one’ is just as interesting as the cultivated one
like the Australian Native Pandorea. 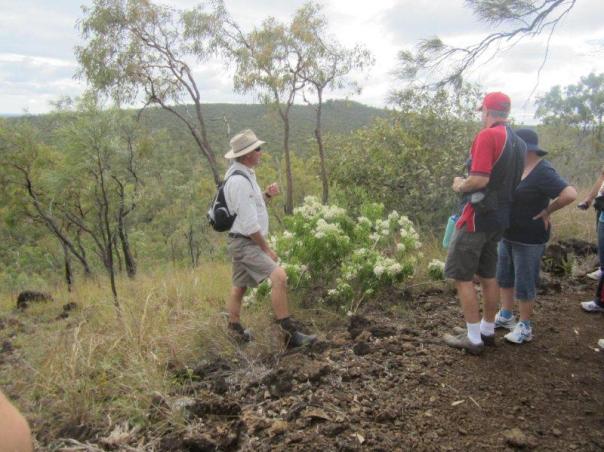 Pandorea is a genus of 6 species, of woody climbing vines and creepers in the family Bignoniaceae.  Pandorea pandorana ranges in habit from a scrambling plant to a vigorous vine, growing on larger trees in forested habitats
source: http://en.wikipedia.org/wiki/Pandorea 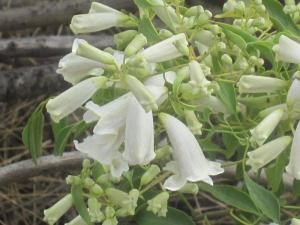 We had a great walk round the top of what was an extinct volcano and look what we saw as we were driving out of the park
Is this my good side?

No I think this is!