Like I was telling you recently (and just about every other Aussie Blogger has been saying so as well) here in Australia we’ve had an awful lot of water falling from the sky.  Ours has been coming down in great big wet drops, splashing on the ground and laying around, unlike the stuff in the Northern Hemisphere where it’s coming down as fluffy white bits landing softly and also laying around.  Up there and down here it has got beyond a joke and is causing all sorts of problems.  Floods for us – Snowstorms for them – it almost seems as tho’ someone has had it in for all of us lol
Anyway, not content with seeing it coming down from the sky for goodness knows how long Dh has been treating me to day trips to see it from a different angle.  Before Christmas we had that day down at the beach and down at the cape- then Christmas Day he took me out to see a small waterfall in our Yarra Ranges National Park close to Healesville.
I did show you some of this in an earlier post – see here
hopefully you won’t feel cheated and that this post will be as interesting as the previous one

To actually get to the National Park gates we had to cross a ford on Donnelly Creek – and because of all the rain we’ve had there was a fair bit of water laying there.

Its a funny feeling when you are approaching a ford
and wondering what you are going to find.
Wondering how much water there is there and how deep its going to be 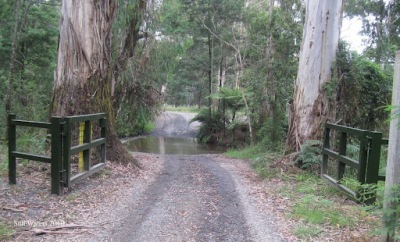 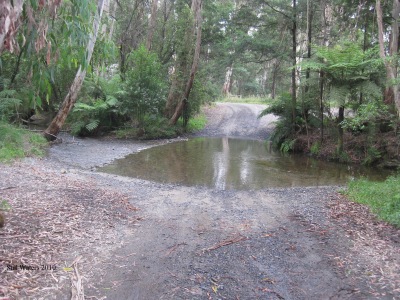 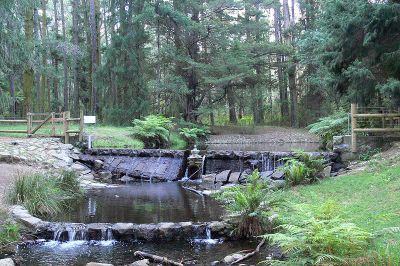 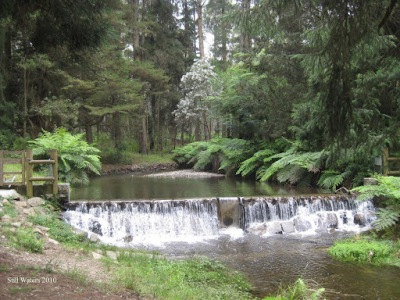 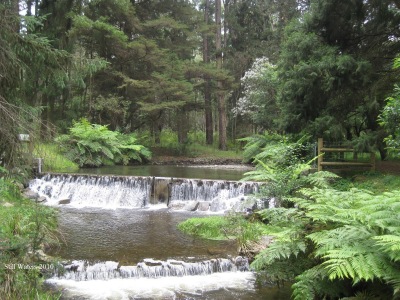